In Library class we decided to make a book for the “Make a Book” exhibition. Ms. Carmody, the librarian, came up with a great idea. We would look at the river Tolka and write stories based around it.

First we traced the river from source to finish on  maps of the Tolka river which starts in Clonee/Dunboyne , passes through Blanchardstown , the Phoenix park and ends up in east Wall in Dublin. 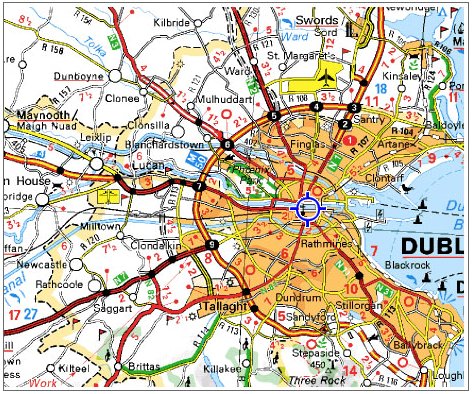 We chatted about all the places along the river and discovered that we knew a lot about the area.

We decided we would pick a place along the river and write a story connected with that place and the river.

Each student then decided on a place and made up a story plan. Tony White is an expert on fishing and birds along the river Tolka so he decided to write a factual piece about fishing and wildlife. 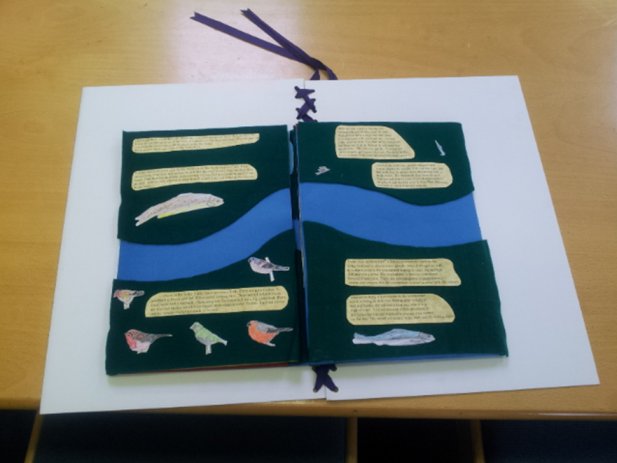 The stories flowed easily. They were edited and typed up in computers. 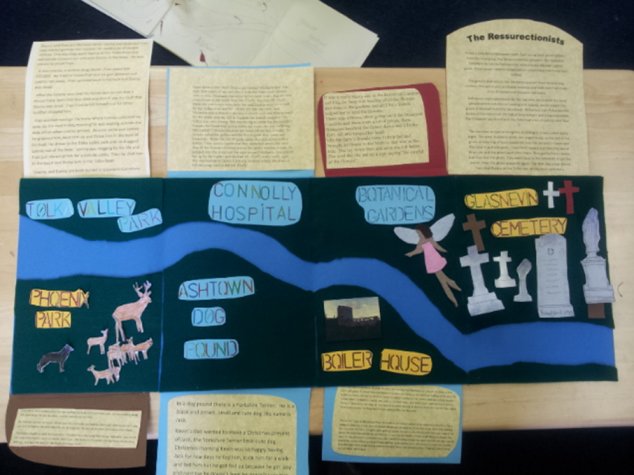 Next came the design of the book. We decided to make a book that would open out and look like a river. Ryan Malone did a lot of the art work here. The river was blue with the banks of the river covered in green felt. Each student then did their own little bits of art work to go with their story. These were either drawings or little felt cut-outs. These were added on to the sides of the river. 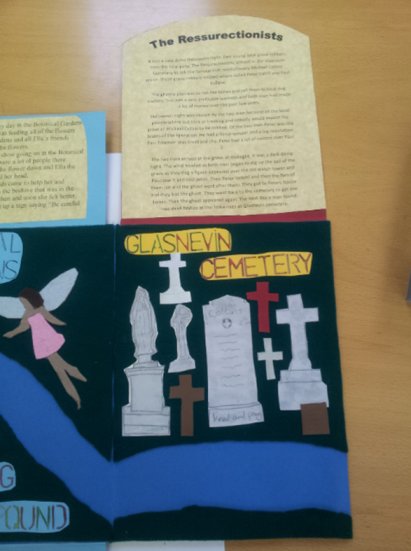 Next the typed out stories were added as fold outs above and below the river. Then we decided that Tony‘s piece on fishing would be the inside pages. When these open you see the river.

Everything was assembled and it looked great. 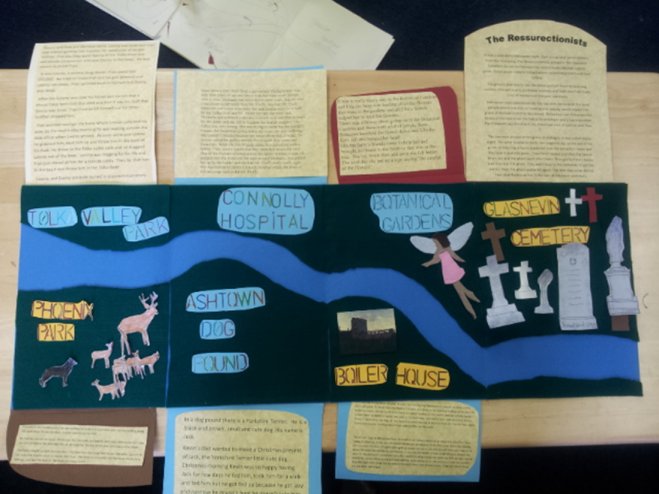 Next the cover had to be designed. It was black, sewn along the binding and Maggie, Chloe, Sefora and Ryan helped with this and the lettering. 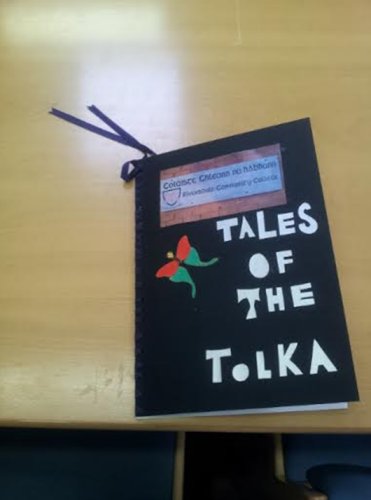 The last part in the production of the book was the backdrop for the exhibition. We created a triptych- three boards that stood up behind the book. One side had the name of the school, the middle had a copy of Tony’s page because when you open the book out flat you can’t se his work and the third side was the title if the book.

Finally the book was sent off to the exhibition in Wood Quay. 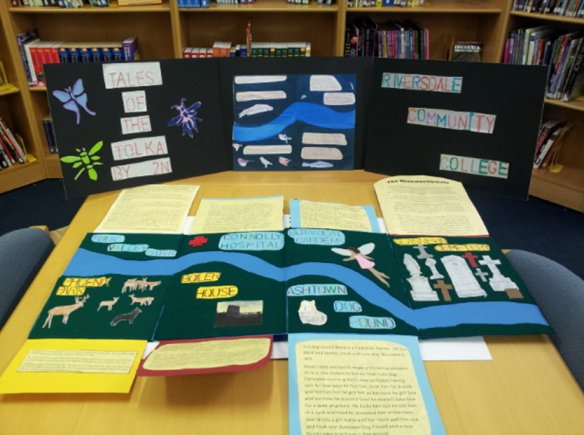