Adolf Hitler was born on the 20th of April 1889 in a small Austrian town known as Braunau, close to the German border. Adolf’s mother and father both came from peasant families. His father “Alois Hitler” was an intelligent and ambitious man and later on became a senior customs official.

Klara Hitler was Alois’ third wife. Alois was twenty-three years older than Klara and already had two children from his previous marriages. Klara and Alois had five children but only Adolf and a younger sister, Paula, survived out of the five. 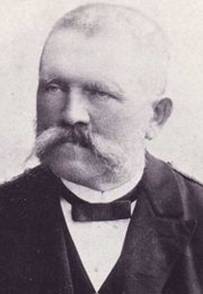 Here is a photograph of Alois Hitler 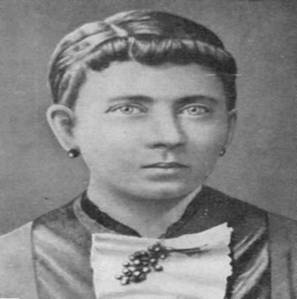 Here is a photo of Klara Hitler as a young girl.

Paula Hitler, Adolf’s younger sister was the only full related sibling to Hitler. Paula was six years old when her father Alois, a retired customs official, died, and eleven when she lost her mother Klara, after which the Austrian government provided a small pension to Paula and Adolf. However, the amount was relatively meager and Adolf, who was by then old enough to support himself, agreed to sign his share over to her.
Paula later moved to Vienna where she worked as a secretary. She had no contact with her brother during the period comprising his difficult years as a painter in Vienna and later Munich, military service during World War I and early political activities back in Munich. She was delighted to meet him again in Vienna during the early 1920s, though she later claimed to have been privately distraught by his subsequent rising fame.
Paula was 64 when she died and she died after Hitler committed suicide. She died fifteen years later. 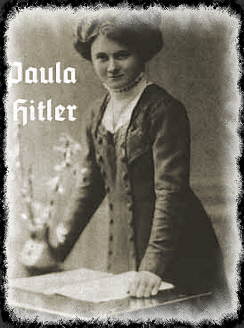 Before Hitler died he got married to Eva Braun. Hitler and Braun lived together as husband and wife in the bunker for fewer than 40 hours. Hitler waited for Eva Braun to kill herself before actually killing himself because he thought that if he had killed himself first she wouldn’t have killed herself. Hitler died on the 30 April 1945 in his Fuhrerbunker in Berlin. 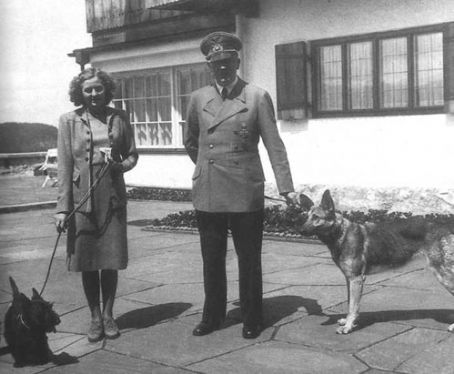 Here is a photograph of Eva Braun and Adolf Hitler.

In his past relationships Adolf Hitler had a relationship with his Niece; Angelika Maria “Geli” Raubal. 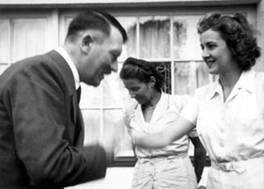 Geli later committed suicide because of this relationship. On the morning of 19 September 1931, members of Hitler’s staff found Geli Raubal dead from a gunshot wound to the lung in her room in Hitler’s Munich apartment. She was 23. The official cause of death was listed as suicide. 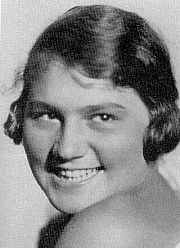 A photograph of Geli Raubal before she committed suicide.