Alfred Wegener was the first person to research the theory of continental drift and explain the creation of continents and oceans, though Francis Bacon had noted the correspondence between the coasts of Africa and South America as early as 1620.Wegener presented compelling evidence of corresponding continental shelves, fossils, and flora and fauna between the continents separated by the Atlantic Ocean, he could not explain the mechanism controlling the drift. His theory was the target of scientific derision until the 1960s, when the theory of plate tectonics confirmed the phenomenon of continental drift.

Wegener was born on November 1, 1880, in Berlin, Germany, to Anna and Richard Wegener. His father was a doctor of theology and the director of an orphanage. Wegener married Else Koppen, daughter of the eminent German meteorologist Wadimir Koppen, in 1912. Wegener attended the Universities of Heidelberg and Innsbruck before receiving his Ph.D. in astronomy in 1905 from the University of Berlin. His dissertation converted astronomical tables from the 13th century to decimal notation. He abandoned astronomy in favor of meteorology after graduation.

In 1906 Wegener fulfilled his life’s dream of exploring Greenland, landing the position of official meteorologist on a Danish expedition studying polar air circulation that lasted until 1908. Upon his return he lectured in meteorology at the Physical Institute at the University of Marburg, where he remained until 1912. He admitted his distaste for mathematics, a sentiment many students likely shared which made his lectures popular. After World War I, during which he was wounded twice while serving in the German military as a junior officer, he took over his father-in-law’s position at the German Marine Observatory at Gross Borstel near Hamburg as director of the meteorological research department. In 1924 the University of Graz created a special chair in meteorology and geophysics specifically for Wegener he occupied it until his death in 1930.

In 1910 Wegener played with the idea of continental drift when, like Bacon, he noted the corresponding coastlines of Africa and South America. Evidence of paleontological correspondences that he happened upon in 1911 spurred his renewed interest, though these findings supported a land bridge theory that he rejected. He presented the seed of his own theory in the paper “The Geophysical Basis of the Evolution of the Large-Scale Features of the Earth’s Crust (Continents and Oceans)” in Frankfurt on January 6, 1912, and again four days later in Marburg.

In 1915 Wegener published the book upon which his reputation rests, The Origin of Continents and Oceans, which fleshed out his theory of continental displacement, later termed continental drift that originated in the late Paleozoic era (250 million years ago) when the one continent, which he called Pangaea, surrounded by one ocean, which he called Panthalassa, began to separate. 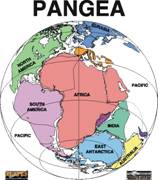 His theory was rejected because the scientist in Berlin envied him for he knew a lot of things in a wide variety of subjects, also other country scientists (e.g. America) would even talk to him because he was German during the World War 1. However, the rejection of his theory demonstrated the degree to which the subjectivity of renowned scientists could eclipse the importance of scientific objectivity. 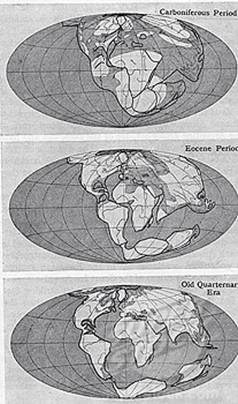 Wegener participated in three other expeditions to Greenland, in 1912 to 1913 to study glaciology and climatology, in 1929, and in 1930. He celebrated his 50th birthday on this final expedition, and then set out on a trek from which he did not return. He died, apparently of heart failure, in November 1930 in Greenland.