The crust of the earth is composed of a great variety of  igneous,  metamorphic and sedimentary rocks . The crust is underlain by the mantle. The upper part of the mantle is composed mostly of rock denser then rocks common in the overlying crust. The structure of  the earth can be defined in two ways by mechanical properties. It can be divided into the lithosphere, asthenosphere, the  outer core and their inner core. 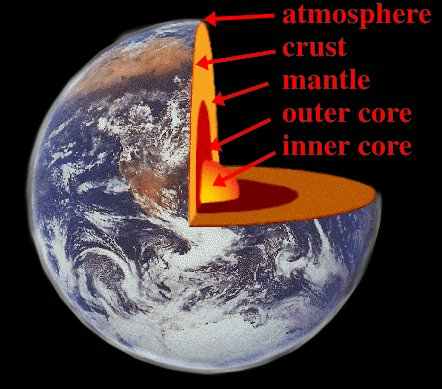