Class 3B and 3L  : Our Visit to Dail Eireann

On Thursday 18th November classes 3B and 3L visited Dail Eireann. Both classes organised the trip as part of their CSPE Action Project on Democracy. We were accompanied on the trip by our CSPE Teachers, Ms. Mulhall and Ms Loughlin, and by our Year-head Ms. Ryan.

We were brought on a tour of Leinster House and then we were allowed to sit for a short time in the public gallery of the Dail.

There was great excitement in the Dail and it was suspended in a heated row shortly after proceedings began. The Ceann Comhairle Seamus Kirk adjorned the House when Fine Gael justice spokesman Alan Shatter refused to leave the chamber after he accused Mr. Kirk of being a ‘disgrace’ for refusing to allow Fine Gael Leader Enda Kenny to challenge the Order of Business.

When Mr. Shatter refused to leave the chamber, the Cerann Comhairle suspended the House for ten minutes. Mr Kenny demanded that the entire day’s proceedings should be given over to a debate on the negotiations with the EU, European Central Bank and International Monetary Fund.

When the Dáil resumed, the Ceann Comhairle asked Mr Shatter to either leave or withdraw his remark. The Fine Gael TD said his “entitlement to be in this House is set in the Constitution and is based on the election by my constituents”. He said he would withdraw the remarks on the condition that his party leader would be allowed explain his opposition to the Government’s proposal.Mr Kirk said ” that’s not good enough” and ordered him to leave. A vote was taken to suspend the sitting. When proceedings resumed there were repeated interruptions and heckling. Mr Kenny said the Government should resign in disgrace! 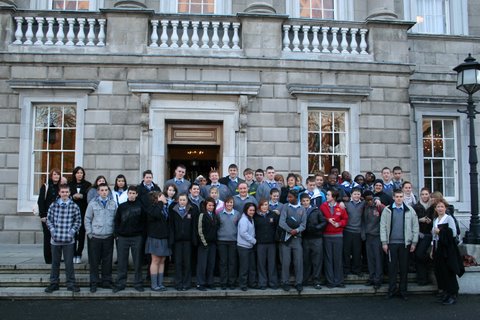 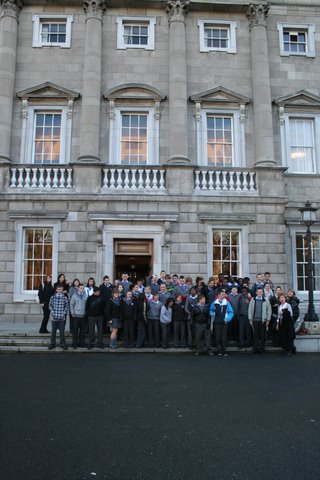 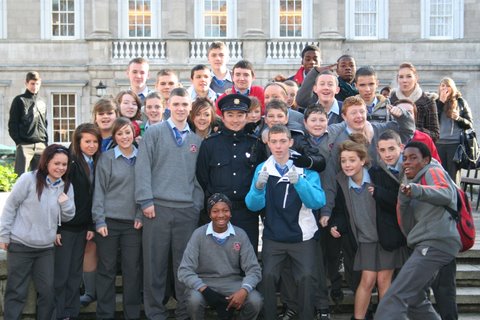 Class 2H : Our Visit to the Criminal Courts of Justice

On Tuesday 15th March class 2H visited the Criminal Courts of Justice in Dublin. Class 2H organised the trip as part of their CSPE Action Project on Law.

We were accompanied on the trip by our CSPE teacher Ms Mulhall and our tutor Mr Prior.

The visit commenced at the Schools meeting point in the Great Hall in the Criminal Courts of Justice. We were then met by a barrister and brought to a courtroom. The barrister gave us a short talk about the Irish legal system, the structure of the courts and the people who work in the courts.

We were then brought to another courtroom where we were able to observe a court in session. Twelve of us observed the trial of a man caught carrying almost 62, 000 euro worth of cocaine in the soles of his shoes. He was stopped by custom officers carrying a laptop bag and wearing a pair of unusually large shoes. The shoes were x-rayed and found to contain cocaine hidden in the shoes. He had pleaded guilty to possession at Dublin Airport on December 14, 2009. Judge Desmond Hogan sentenced him to seven years and suspended the final two on the condition he leave Ireland within 48 hours of his release from prison.

We also witnessed a jury being sworn in for a trial beginning the following morning.

The rest of the class observed a murder trial. The trial was of a Dublin man accused of murdering Shane Geogeghan in Limerick in November 2008. A Detective from the National Bureau of Criminal Investigation was giving evidence of an interview he conducted with the accused man. It was his second day in the witness box at the Central Criminal Court trial. Also a crime and policing analyst gave evidence of 70 text messages and two calls between Mr Doyle and his girlfriend in the 24 hours from 6pm on November 8th, 2008.

The trial continued before Mr Justice Paul Carney and a jury of seven men and five women. However a week later we learned the jury in this trial failed to reach a verdict. 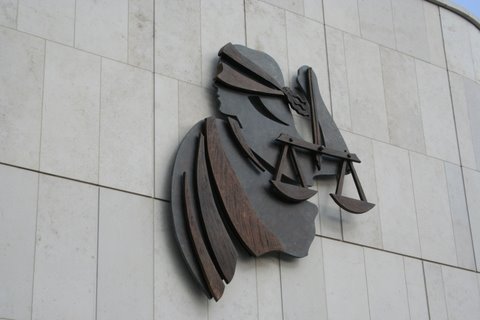 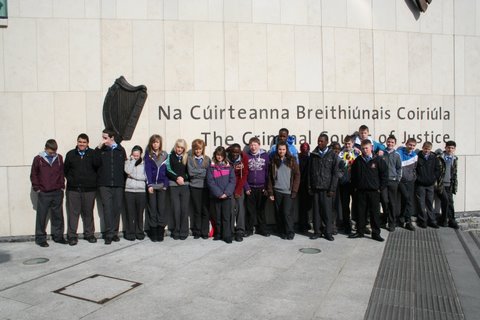 Class 2C : Our Visit to the Ciminal Courts of Justice

On Thursday 24th March Class 2C visited the Criminal Courts of Justice in Dublin. Class 2C organised the trip as part of their CSPE Action Project on Law. We were accompanied on the trip by our CSPE teacher and tutor, Ms Bolger and Ms O Donovan. 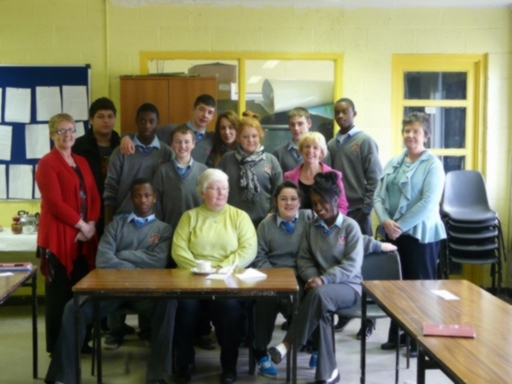 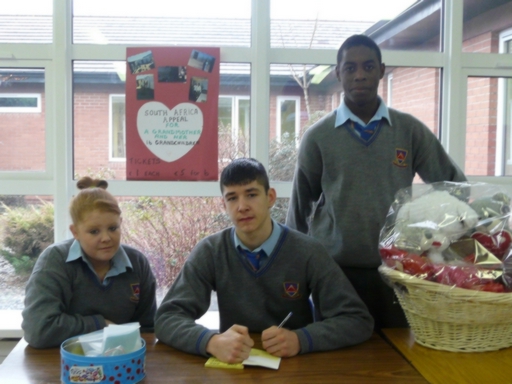 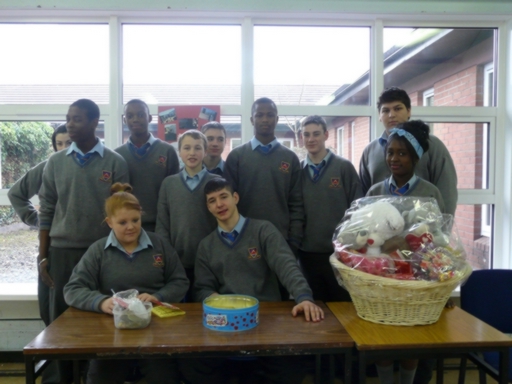 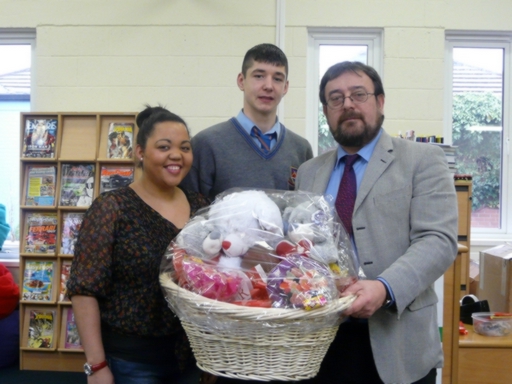 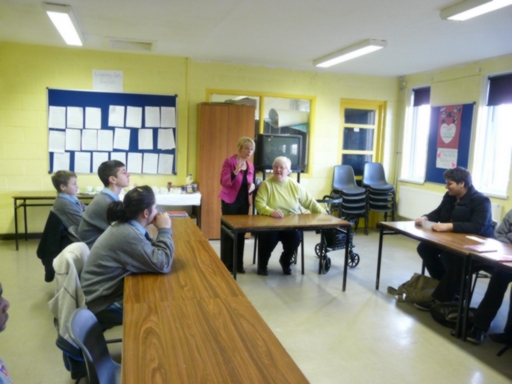 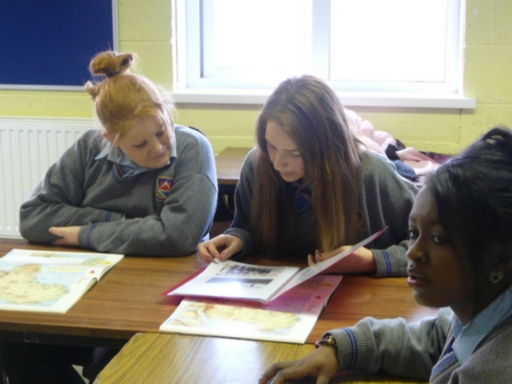