D-Day is the name given to the landing of 160,000 thousands of Allied troops in Normandy, France, on June 6, 1944. The success of the invasion of Normandy was really the beginning of the end for Nazi Germany. The invasion, also called “Operation Overlord,” involved five separate landings by American, British, and Canadian troops and was commanded by American General Dwight D. Eisenhower. Stiff German resistance resulted in nearly 10,000 Allied casualties, but the Germans were ultimately unable to repel the Allied forces. Although German resistance continued even after all five beachheads were taken, they had too few troops in the area to be effective. By August 1944, all of Northern France was under Allied control as Eisenhower began to prepare for the invasion of Germany. 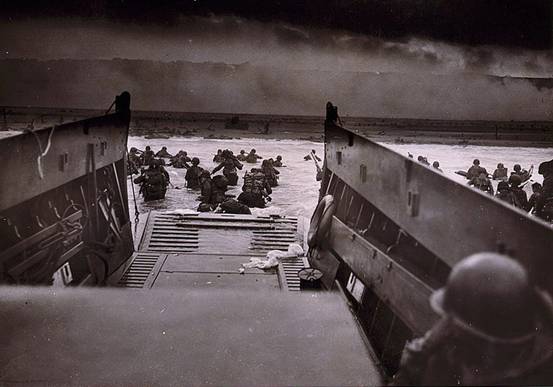 Here’s a photograph of troops getting of a boat at the beginning of D-day.

The collective experiences and stories of Canada’s Veterans who landed in Normandy that summer of 1944 and fought through to the Falaise Gap and beyond provide Canadians with a proud and lasting legacy that will continue into our country’s future. We remember those who served and Canadians continue to cherish the values for which they fought and died – truth, justice, peace, freedom and knowledge. These values guide much of what we do today and reflect our free and peaceful country.
Even with all these preparations, the Normandy campaign would be very difficult. The Normandy beach was littered with German land mines, barbed wire, heavy artillery batteries and machine-gun nests. There were also anti-tank walls, shelters constructed of thick concrete, anti-aircraft guns and many other types of defensive positions. For these reasons, the coastline from Denmark to the south of France was known as “Fortress Europe.”
For the Allied offensive to be successful, harbors along the continent’s coastline would have to be secured for the many transport ships that would be needed to ferry food, medical supplies, weapons and fresh troops after the initial landings. As well, Allied armies would continue to need “Pluto” to transport the fuel needed to liberate occupied Europe.
An Allied defeat on the beaches of Normandy would have meant certain disaster as there would be no way to remove troops to safety. But if the landings succeeded, the Allied forces would finally gain that all-important foothold in Western Europe and a chance to liberate France, Belgium, the Netherlands and Denmark from German occupation. 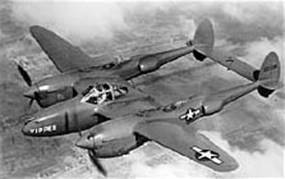 Here is a photo of D-Day troop planes.

On D-day many beaches were attacked, some of them were;
Sword beach, Juno beach, Gold beach, Utah beach and Omaha beach.
Each beach was attacked very slowly and the attacking of the beaches was planned out well because there were hills in some of the beaches and for all they know there could be troops hiding in the hills. 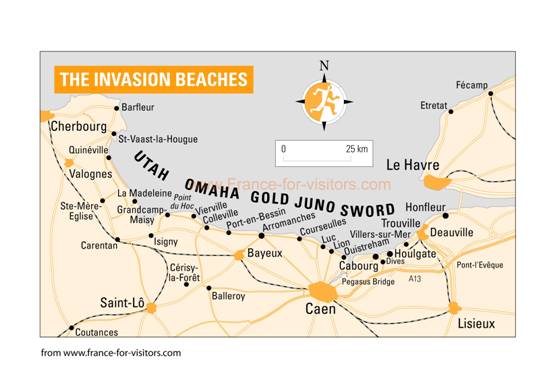