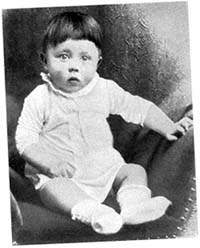 Adolf Hitler was born in April 1889 in, Austria. His father, Alois, worked as a customs officer. Adolf attended school from the age of six he wanted to leave school and apply for admission to the Vienna Academy of Fine Arts. Adolf’s mother believed that he would go far as an artist but his father disagreed he wanted Hitler to have a real job.
Adolf’s mother died of cancer when he was nineteen. Hitler moved to Vienna to live but within a year he was living in a homeless shelter and eating at charity soup kitchens. 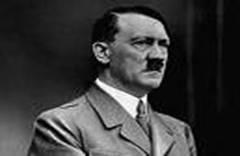 In 1913 Adolf Hitler moved to Germany and he volunteered to be a service man he was accepted. Hitler worked hard in the war so he was promoted to corporal and was wounded in the last stages of the war, twice winning the iron cross for bravery.
In 1919 Hitler joined a small political party and in 1920 it was named as the national socialist German workers (Nazi).
In 1923 Hitler attempted to overthrow the Bavarian government in an uprising the munch beer hall putsch. Hitler was sent to prison for nine months in landsberg jail. Hitler started writing Mein Kampf (my struggle).
Adolf Hitler was unsuccessful in the presidential elections against Hindenburg although he was made chancellor in 1933 by Hindenburg.