The Holocaust was the killing of the Jews by the Nazi’s during World War 2. During the Holocaust over 6 million Jews were killed by discrimination.

Anti-Semitism was hostility towards the Jews.

Hitler Youth was an organisation for young boys to attend from the age of 11 – 18, they used the Hitler youth to brainwash the kids to fight for the country. 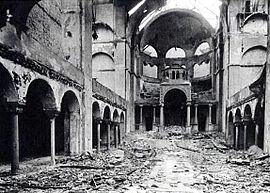 Kristallnacht was the breaking of all Jews houses, shops etc… this occurred as a German official was shot in France.

Final Solution was the final solution against the Jews, they used trains to transport the Jews to eastern Europe and kill them by gas chambers.