On March 11, 2011, an earthquake struck off the coast of Japan, churning up a devastating tsunami that swept over cities and farmland in the northern part of the country and set off warnings as far away the west coast of the United States and South America. Recorded as 9.0 on the Richter scale, it was the most powerful quake ever to hit the country. As the nation struggled with a rescue effort, it also faced the worst nuclear emergency since Chernobyl; explosions and leaks of radioactive gas took place in three reactors at the Fukushima Daiichi Nuclear Power Station that suffered partial meltdowns, while spent fuel rods at another reactor overheated and caught fire, releasing radioactive material directly into the atmosphere. Japanese officials turned to increasingly desperate measures, as traces of radiation were found in Tokyo’s water and in water pouring from the reactors into the ocean.
As of March 31, the official death toll had been raised to more than 11,600, and more than 16,000 people were listed as missing, although there may be some overlap between the two groups. The final toll is expected to reach nearly 20,000. More than 190,000 people remained housed in temporary shelters; tens of thousands of others evacuated their homes due to the nuclear crisis. 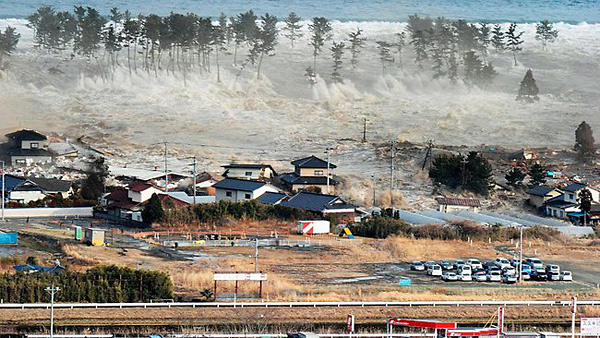 March 11
Rescuers struggled to reach survivors as Japan reeled after an earthquake and a tsunami struck in deadly tandem. The 8.9-magnitude earthquake set off a devastating tsunami that sent walls of water washing over coastal cities in the north. Concerns mounted over possible radiation leaks from two nuclear plants near the earthquake zone.The death toll from the tsunami and earthquake, the strongest ever recorded in Japan, was in the hundreds, but Japanese news media quoted government officials as saying that it would almost certainly rise to more than 1,000. About 200 to 300 bodies were found along the waterline in Sendai, a port city in northeastern Japan and the closest major city to the epicenter.

March 12
While nuclear experts were grappling with possible meltdowns at two reactors after the devastating earthquake and ensuing tsunami in northern Japan, the country was mobilizing a nationwide rescue effort to pluck survivors from collapsed buildings and rush food and water to hundreds of thousands of people without water, electricity, heat or telephone service.Entire villages in parts of Japan’s northern Pacific coast have vanished under a wall of water, and many communities are cut off, leaving the country trying to absorb the scale of the destruction even as fears grew over the unfolding nuclear emergency. Tens of thousands were evacuated from the vicinity of two plants.
March 15
Workers struggled to reassert control over badly damaged nuclear reactors and avert calamity after the situation at the stricken Fukushima Daiichi plant appeared to verge towards catastrophe. Radiation levels shot up at the plant after a new explosion and a fire caused by the overheating of spent fuel rods in a pool at the plant’s No. 4 reactor, which had been shut before the quake.  But by late afternoon, there were signs that workers had, at least for the moment, contained some of the danger:  The escalated radiation levels of earlier in the day  — possibly from a fire in the No. 4 reactor — stabilized and then declined towards evening, according to Japanese authorities. But some experts warned that the pools holding spent fuel rods could continue to pose a great danger.

March 19
A week after an earthquake and tsunami devastated their communities and set off the worst nuclear accident since Chernobyl, the plight of the thousands still stranded in areas near the stricken reactors — many too old or infirm to move — has underscored what residents say is a striking lack of help from the national government to assist with the evacuation of danger zones or the ferrying of supplies to those it has urged to stay inside.
March 24
The Japanese authorities are considering a plan to import bottled water from overseas after spreading contamination from a crippled nuclear plant led to a panicked rush to buy water in Tokyo. At the Fukushima Daiichi Nuclear Power Station, nuclear engineers say some of the most difficult and dangerous tasks are still ahead — and time is not necessarily on the side of the repair teams.
April 1
In the largest rescue mission ever carried out in Japan, 18,000 Japanese and 7,000 American personnel will scour a vast coastal area for 16,000 still listed as missing. Workers made incremental progress at the stricken Fukushima Daiichi nuclear plant, but disturbingly high radiation readings there as well as miles away continued to reinforce fears that Japan’s crisis was far from over.
Japan Before the Quake
Japan is in the unenviable position of being one of the few nations in recent history to have seen a striking reversal of economic fortune. The original Asian success story, Japan rode one of the great speculative stock and property bubbles of all time in the 1980s to become the first Asian country to challenge the long dominance of the West.
Japan has had the world’s second-largest economy for much of the last four decades, according to the World Bank. And during the 1980s, there was even talk about Japan’s economy some day overtaking that of the United States.

But the bubbles popped in the late 1980s and early 1990s, and Japan fell into a slow but relentless decline that neither enormous budget deficits nor a flood of easy money has reversed. For nearly a generation now, the nation has been trapped in low growth and a corrosive downward spiral of prices, known as deflation, in the process shriveling from an economic Godzilla to little more than an afterthought in the global economy. 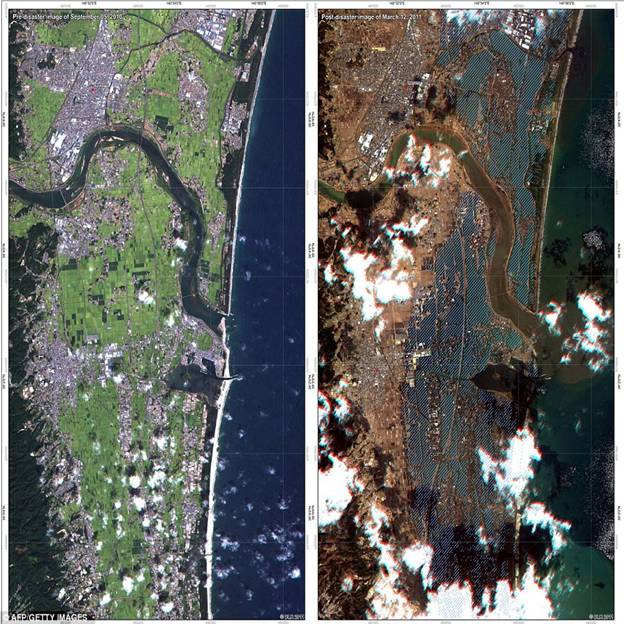