Goebbels was born in Rheydt, an industrial town south of Mönchengladbach on the edge of the Ruhr district. His family were Catholics; his father was a factory clerk, his mother originally a farmhand. Goebbels had four siblings. After completing his doctorate in 1921, Goebbels worked as a journalist and tried for several years to become a published author. Hitler recognized Goebbels’ talents. During the Nazi reign Goebbels was minister for propaganda. Joseph Goebbels died in Berlin on May 1st 1945. He was killed by a suicide by firearm. He was 47 years, 6 months and 2 days old when he died. 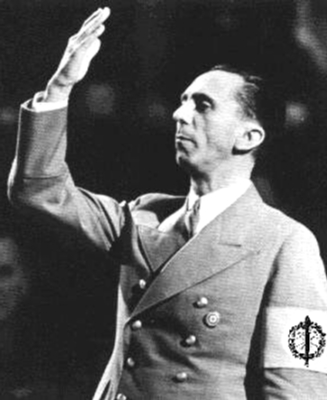