Lenin was a Russian Marxist Revolutionary. He was born in the year 1870 in a town called Simbirsk. He was also a communist politician who led the October Revolution of 1917. Lenin was leading the country through the Russian Civil War and he worked to create a socialist system. Lenin was born into a comfortable middle-class family. Two major tragedies occurred which had an acute effect on the young Lenin. In 1886 his father died from a cerebral haemorrhage, the following year his brother, Alexander, was hung for plotting to assassinate Tsar. He managed to be accepted in a Kazan University where he studied law. This was to be shortlived as he was expelled for attending a peaceful protest some three months later. He was ostracised from the academic world. He studied the law on his own and passed the exam, coming first in a class of 124 in 1891. In 1896 Lenin was arrested and sentenced to three years internal exile in Siberia. His close colleague, Nadezhda Krupskaya, joined Lenin in Shushenskoye and they married in July, 1898. While living in exile Lenin wrote The Development of Capitalism in Russia, The Tasks of Russian Social Democrats, as well as articles for various socialist journals. Lenin and Krupskaya also translated from English to Russian, The Theory and Practice of Trade Unionism by Sidney Webb and Beatrice Webb. On the age of 53 Vladimir Lenin died on the 21st Of January in the year 1924. 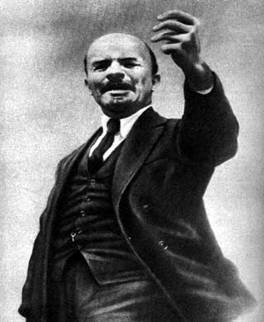