Winston Churchill was born 30 November 1874 and died 24 January 1965. Churchill was born into the aristocratic family of the Dukes of Marlborough. He was a British politician and statesman known for his leadership of the United Kingdom during the Second World War. He served as Prime Minister twice (1940–45 and 1951–55). Churchill was also an officer in the British Army, a historian, a writer, and an artist. To date, he is the only British prime minister to have received the Nobel Prize in Literature. At the forefront of politics for fifty years. He was given a state funs at when he died. 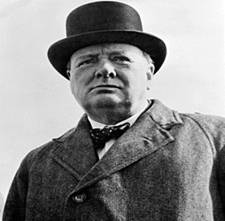