Adolf Hitler was born in Austria on 20 April 1889 and died on 30 April 1945. He moved to Venice to become an artist and they rejected him and he blamed the Jews. He joined the German army as a messenger. He got injured in WW1 when he was in hospital when Germany surrendered and he was awarded the iron cross. He shortly became the leader of the Nazi party. He wanted a pure German race. He built concentration camps to exterminate all the Jews. He killed 6 million Jews in 12 years when he was in power. He killed himself before the Russian Army could get their hands on him. 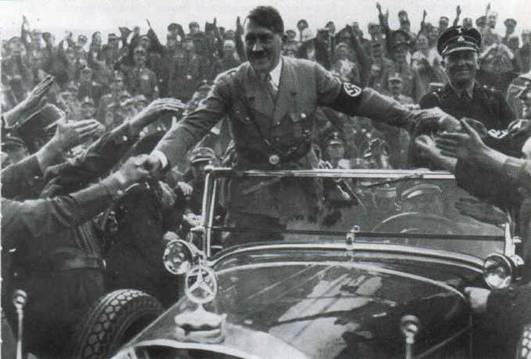