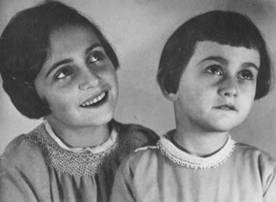 Anne frank was born on 12th of June 1929 in Frankfurt, Germany, the second daughter of Otto Frank and Edith frank-Hollander was her elder sister. The Franks were liberal Jews, did not do all of the customs and traditions of Judaism and lived in a community of Jewish and non- Jewish citizens of different religions. Edith frank was the more devout parent, while Otto was interested in scholarly pursuits and had a large library. Both parents encouraged the children to read. On 13th march 1933, elections were held in Frankfurt for the local council, and Adolf Hitler’s Nazi party won. Anti-Jewish demonstrations happened almost immediately, and the Franks began to fear what would happen to them if they stayed in Germany. Later that year, Edith and the children went to Aachen where they stayed with Edith’s mother, Rosa Hollander. Otto Frank stayed in Frankfurt, later after receiving an offer to start a company in Amsterdam, he moved there to organise the business and to arrange accommodation for his family. The franks were among about 300,000 Jews who fled Germany between 1933 and 1939.

Otto frank began working at the Opekta works, a company that sold the fruit extracts pectin, and found an apartment on the merwedeplein (Merwede square) in Amsterdam, and the two girls were enrolled in school Margot in public school and Anne in a Montessori school. Margot demonstrated ability in arithmetic, and Anne showed aptitude for reading and writing in one of Annes diary entries she says that the examination results were announced in the Jewish theatre on Friday. My report wasn’t too bad. I got one D, a C- in algebra and all the rest B’s. My parents are pleased, but they’re not like other parents when it comes to grades..Her friend Hanneli Goslar later recalled that from early childhood, frank frequently wrote, though she shielded her work with her hands and refused to discuss the content of writing. The frank sisters had highly distinct personalities, Margot being well-mannered, energetic, and extroverted.

In 1938, Otto Frank started a second company Pectacon, which was a wholesaler of herbs, pickling salts and mixed spices, used in the production of sausages. Hermann van Pels was employed by Pectacon as an advisor about spices. He was a Jewish butcher, who had fled Osnabruck in Germany with his family. In 1939, Edith’s mother came to live with the franks, and remained with them until her death in January 1942. In May 1940, Germany invaded the Netherlands, and the occupation government began to persecute Jews by the implementation of restrictive and discriminatory laws; mandatory registration and segregation soon followed. The frank sisters were excelling in their studies and had many friends, but with the introduction of a decree that Jewish children could attend only Jewish schools, they were enrolled at the Jewish Lyceum. In April 1941, Otto Frank took action to prevent Pectacon from being confiscated as a Jewish-owned business. He transferred his shares in Pectacon to Johannes Kleiman, and resigned as director. The company was liquidated and all assets transferred to Gies and business continued with little obvious change and their survival allowed Otto Frank to earn a minimal income, but sufficient to provide for his family. 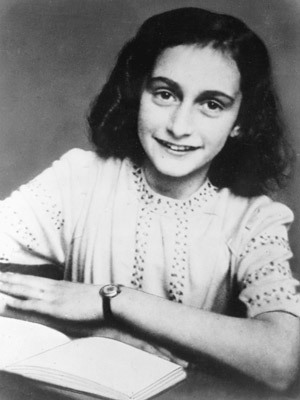 On Friday 12 June Anne would turn 13, Anne says in her diary a little after seven I went into daddy and mummy and then to the living room to open my presents and you were the first thing I saw maybe one of the nicest presents. Anne would write in it about her life and the little things which matter to her because she is a young girl and the things that matter to her the most was her family.

After a few years in Amsterdam, World War 2 broke out – Germany attacked Poland, and the German army went through Europe taking over country after country. The Netherlands never expected to be attacked by their neighbours, but the country was invaded and taken over in 1940. Now the Nazis’ policies against Jews would be put in place there too.

Otto Frank had an idea that deportations might happen so he began to prepare a hiding place for the family and another family, the Van Pels. Anne in her diary says that her father said well Anne he replied you know that for more than a year we’ve been sending our clothes, food and furniture to other people. We don’t want our belongings to be seized by the Germansthe secret annex was concealed by a moveable bookcase in a building owned by Otto Franks Company. Otto Franks employees helped by bringing them food and clothing. Anne says in her diary  I don’t think  I’ll ever  feel at home in this house  but that doesn’t mean I hate it . Its more like a holiday in a strange pension. Kind of an odd way to look life in hiding but that’s how things are. The annexe was an ideal place to hide in although it may be damp and lopsided but there is a probably not a more comfortable hiding place in all of Amsterdam.

They were never allowed to leave the building and had to stay quiet during the day because there were workers in the lower level. Anne said they were never to look out the window or go outside in case they were seen by anyone. Anne says in her diary a lamp has been mounted above my divan bed so that in the future when I hear a gun shot going off I’ll be able to pull a cord and switch on the light. I can’t use it at the moment because we’re keeping our window open a little day and night.(5) Anne was never allowed to make a noise in hiding because, if she did, they could have gotten caught so, she could not do anything that makes a noise, like have a proper childhood by playing games and making noise and eating everything and just be able to have a laugh, also they weren’t aloud flush the toilet because it would make noise and would get the family and the other family caught, none of them were allowed. Anne had to be home schooled by her dad so she would be well educated for school when they were finished hiding. Anne says in her diary yesterday I began to translating a chapter from La Belle Nivernaise and writing down vocabulary words. Then I worked on an awful math’s problem and translated three pages of French grammar and history. (6)

They followed all the rules because the punishment was hard, they weren’t aloud move around the attic because it would have been noisy like creeks in the floor. Anne became more and more like an adult while they were hiding. Anne also started to like peter but nobody took notice to her because they were thinking about the world and all there friends. Anne says in her diary yesterday was peters birthday, his sixteenth I was upstairs by eight and peter and I looked at his presents. He received a game of monopoly, a razor and a cigarette lighter. (7)
On the fourth of august the police came at the annexe and arrested the people who were hiding there. The Gestapo smashed up the annexe. In Anne’s diary it says on the morning of 4th of august 1944 sometime between ten and ten thirty a car pulled up at 263 prinsengracht. Several figures emerged an SS sergeant Karl Josef in full uniform and at least three Dutch members of the security police armed but in civilian clothes. Someone must have tipped them off. They arrested the eight people hiding in the Annexe as well as two of their helpers, victor kugler and Johannes Kleiman though not Miep Gies and Elisabeth (Bep) voskuijl and took all the valuables and they could find in the Annexe.(8)

Seven months after they were found, the girls were brought to Bergen-Belsen concentration camp. In Anne’s diary it says upon their arrest the eight residents of the annexe were first taken to a prison in Amsterdam and then transferred to westbork the transit camp for Jews in the north of Holland they were deported on 3rd September 1944 in the last transport to leave westerbork and arrived three days later in Auschwitz (Poland) Margot died in the camp because she caught typhus. In Anne’s diary it says the typhus epidemic that broke out in the winter of 1944-5 as a result of the horrendous hygiene conditions killed thousands of prisoners including Margot Anne’s sister and a few days later Anne must have died in late February of early March.

Out of all the eight people in hiding, only Anne’s father survived the camps. In Anne’s diary it says Otto frank was the only one of the eight to survive the concentration camp. After Auschwitz was Librated by Russian troops he was repatriated to Amsterdam by way of Odessa and Marseilles. He arrived in Amsterdam on 3rd of June 1945

Anne franks life showed us what the war did to people and how it affected people and how much they tried to do to stay alive. The stories of Anne Frank’s childhood and her diary have had a tremendous impact on everyone. Many years after her death. Her life serves as eulogy to the millions of children who perished in World War II.

In august 4th 1944 Anne’s Franks dad was in work and when he came home and went up to his bedroom and he saw Anne’s diary papers all over the floor so he screamed to Bep pick them up. Bep stood there frozen while Anne’s dad picked up her pages. Some of the information was dangerous. Anne’s father decided to publish her book to show everyone the life the family went through. In Anne’s diary it says until his death on 19th of august 1980 Otto frank continued to live in birsfelden outside Basle where he devoted himself to sharing the message of his daughter’s diary with people all over the world.

Since the books publication in 1947 by her father, there’s an estimate of 25 million copies sold world wide. . It sold well; the 3000 copies of the first edition were soon sold out, and in 1950 a sixth edition was published.One of the best-selling books of all time. A fitting memorial to the gifted Jewish teenager caught a disease and died In Bergen-Belsen, Germany, concentration camp   in 1945.. Anne Frank contracted the disease of Scabies while in the concentration camp. However in late march of 1945 a typhus epidemic broke out in the camp which killed around 17,000 prisoners, Margot was one of the prisoners who passed away in this typhus wave…a few days later even Anne Frank Succumbed to the disease and passed away.
One of the most famous victims of Nazi during World War 2. Anne Frank was the young Jewish girl who wrote a diary whilst she was hiding from the Germans in Amsterdam. The diary of Anne Frank was published after her death

The diary of a young girl, Anne frank, page:17

The diary of a young girl, Anne frank, page:2

The diary of a young girl, Anne frank, page:18

The diary of a young girl, Anne frank, page:26

The diary of a young girl, Anne frank, page:36

The diary of a young girl, Anne frank , page:54