German scientist Alfred Wegener came up with the  idea of Continental Drift.  He said that todays continents once formed a single landmass, which he called Pangaea (which is Greek for “all land“).  It broke into pieces which drifted apart  over millions of years until they arrived at where they are now. 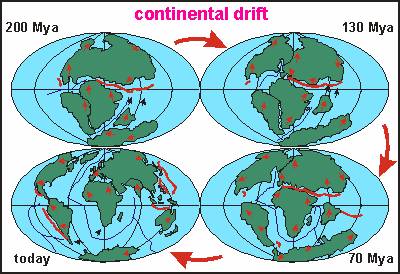