The Riversdale girls’ soccer teams put in some fantastic and successful performances in this year’s FAI Futsal competitions.  The secondary Futsal competition is in its first year nationally after a successful pilot programme last year in South Leinster. It caters for 1st year students both boys and girls. Each team must come through their county finals to get to the provincial stage and receive coaching sessions from their local FAI Regional Development Officers. The competition is very highly regarded with each team wanting to take home the accolade of Provincial Futsal Champions and ultimately All Ireland Futsal Champions.

In November our first year girls beat Blakestown Community School to reach the Fingal North Dublin finals. These where held in Corduff Community Centre with 6 other schools taking part.  Riversdale beat all of the teams to finish top of the finals and go forward to the Leinster 1st year finals for boys and girls which took place at the National Basketball Arena in Tallaght.

The Leinster Finals took place on Wednesday 21st January from 10am – 4pm in the National Basketball Arena Dublin with 12 groups competing for the Leinster title in the boys section and ten groups in the girls’ competition.

Longford was represented by Moyne CC for the boys and girls competitions while Offaly sent the same school to represent both boys and girls, St. Brendan’s Birr. Portlaoise College represented Laois in both categories also. Meath were represented by Boyne CS Trim in the boys section and Eureka Kells in the girls. Louth was hoping that O FIach Dundalk would go far in the boy’s category while St Olivers Drog competed in the girls section. Dublin Oka (boys) and Abbey CC (girls) represented Wicklow. Wexford had four schools in the competition: Wexford CBS and New Ross CBS in the boy’s category and Colaiste an Atha and Colaiste Brid in the girls. The Kildare school who represented the boys was St Pauls Monasterevin while Ard Scoil na Trionede competed for the girls along with our own Riversdale Community College representing Fingal North Dublin.

There was great excitement as the last 22 teams were given the honour of representing their local area in the provincial competition.  A total of 160 teams had competed for a place in the finals.  Riversdale C.C. won all their group matches to face Colaiste an Atha in the semi-finals.  Riversdale won that match on a nerve wracking penalty shoot out.  Unfortunately we were beaten 3-0 by a very strong Moyne side in the Leinster final.

Martin Doyle, a Fingal County Council/FAI development officer said “it is a great achievement for the girls of Riversdale Community College to reach this stage of the competition and although they are going home disappointed to lose in the final, they can be extremely proud of their performance and effort.” 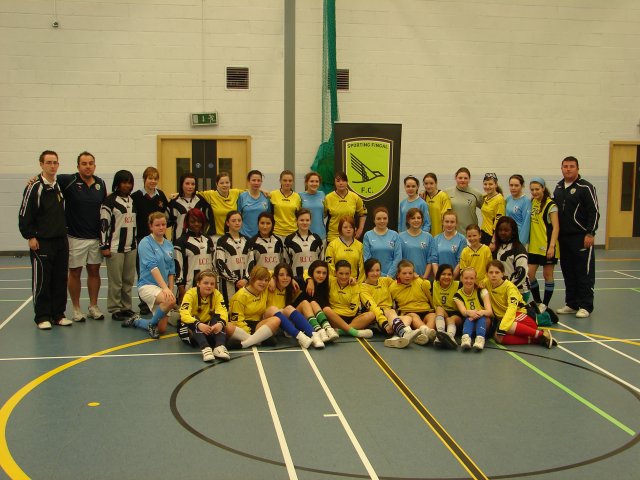 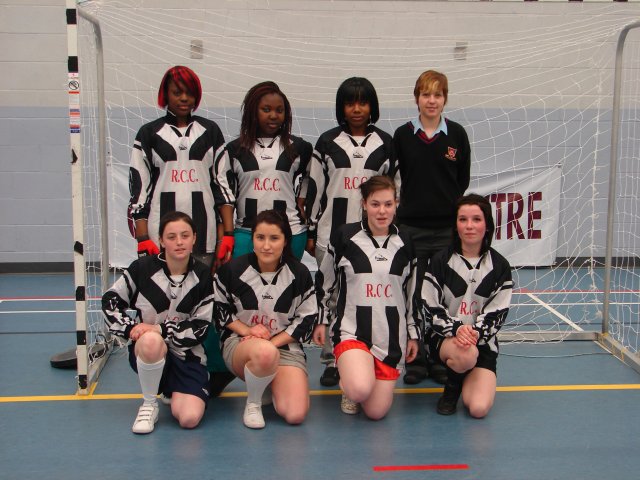 The local qualifying rounds of the Sporting Fingal Cup saw Riversdale’s senior girls’ team win four out of their six games and drawing the other two.  This enabled us to qualify first for the finals day on the 19th May 2009.  The girls demonstrated some quality football on the day with Megan O’ Reilly winning player of the overall tournament.  There will be some stiff competition on finals day but with the return from injury of Kirsty Keogh and the welcome addition of Stacey Nesbitt and Lisa Jarvis we hope to see our senior girls give another strong performance.