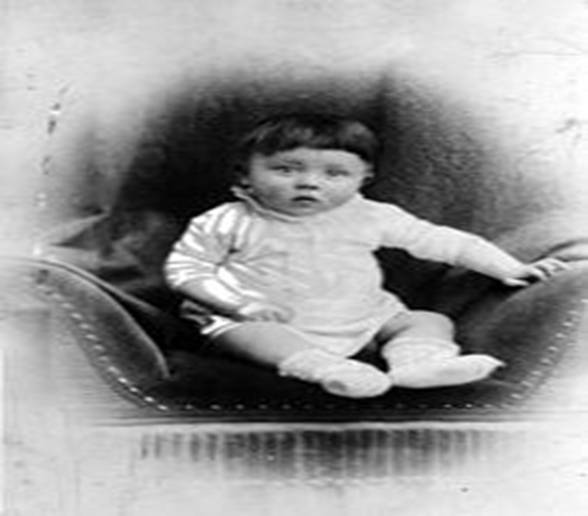 Adolf Hitler was born in the early hours of the morning on 20 April 1889. He was the 4th son of Klara Polzl out of 6 children. When he was three years old, his family relocated to Kapuzinerstrasse in Passau in Germany. When Hitler was in his early days Allois Hitler retired in Halfeld in Lambach. Where little Hitler tried to do beekeeping and farming. He was also attending a local school Fischlham. As a fun pastime Adolf use to play “Cowboys and Indians”. He also became very interested with war when he found a picture book belonging to his Father which was about the Franco-Prussian war.

But then Adolf’s father failed at his efforts in Halfeld so they moved Lambach in 1897 which was when Adolf was on 8 years old. He attended a Catholic School which was located in an 11th century Benedictine Cloister. Where in this Cloister they were actually engraved Swastika’s. Hitler at the age of 8 sang in the Church Choir, took singing lessons and even taught of becoming a priest one day.

His younger Brother died of measles on the 2nd February 1900 which changed Hitler from being a outgoing boy in school to a damaged boy who always battled with his Father and his teachers. He was attached to his Mother even though he got battered by his dad and Alois’ retirement and disappointing Farming efforts. Alois wanted Adolf to follow in his footsteps and be a Austrian custom official which became a big conflict between Alois and Adolf. Although Adolf wanted to go to a classical high school to study to be a Artist but his dad still sent him to a Realschule. But in September 1900, Hitler rebelled and confessed in Mein Kampf where he failed his first year to show his Father that he will become an Artist no matter what.

After Alois’ sudden death on the 3rd of January 1903. Made him more corrupted in school which eventually got him kicked out of School. At age 15, At age 15, Hitler took part in his First Communion on Whitsunday, 22 May 1904, at the Linz Cathedral. His sponsor was Emanuel Lugert, a friend of his late father.