The richter magnitude scale also known as the local magnitude (ML) scale,assignsa single number to quantify the amount of seismic energy released by an earthquake.
It was invented in 1935 by Charles richter in partnership with Beno Gutenberg and they were both of the California  institute of technology. The scale was firstly intended to be used only in a particular study area in California, and on seismograms recorded on a particular instrument, the Wood-Anderson torsion seismograph. His inspiration was the apparent magnitude scale used in astronomy to describe the brightness of stars and other celestial objects 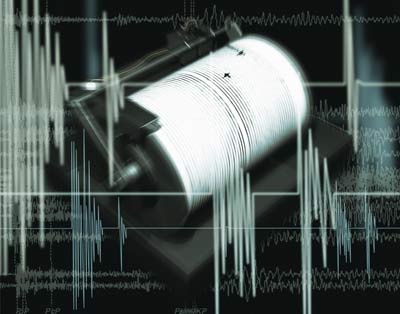 The Richter magnitude of an earthquake is determined from the logarithm of the amplitude. of waves recorded by seismographs (adjustments are included to compensate for the variation in the distance between the various seismographs and the epicenter of the earthquake). The original formula is:

Because of the logarithmic basis of the scale, each whole number increase in magnitude represents a tenfold increase in measured amplitude; in terms of energy, each whole number increase corresponds to an increase of about 31.6 times the amount of energy released, and each increase of 0.2 corresponds to a doubling of the energy released.
Events with magnitudes of about 4.6 or greater are strong enough to be recorded by any of the seismographs in the world, given that the seismograph’s sensors are not located in an earthquake’s shadow.

Massive earthquake happens once a year.the biggest earthquake to hit earth occurred in chile in may 22,1960..it had the magnitude of 9.5

The Richter scale was published in 1935 and immediately became the standard measure of earthquake intensity. Richter did not seem concerned that Gutenberg’s name was not included at first; but in later years, after Gutenberg was already dead, Richter began to insist that his colleague be recognized for expanding the scale to apply to earthquakes all over the globe, not just in southern California. Since 1935, several other magnitude scales have been developed. Depending on what data is available, different ones are used, but all are popularly known by Richter scale.