The Richter Scale is the best known scale for measuring the magnitude of earthquakes. The magnitude value is proportional to the  strongest wave during an earthquake. A recording of 7, for example, indicates a disturbance with ground motion 10 times as large as a recording of 6. The energy released by an earthquake increases for every unit increase in the Richter scale. The table below gives the frequency of earthquakes and the effects of the earthquakes based on this scale. The biggest earthquake ever recorded was in Chile which hit the Richter scale 9.8. 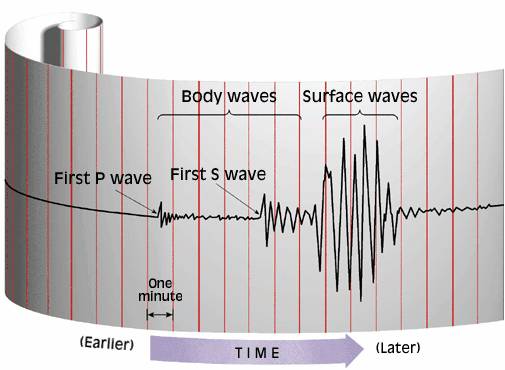