1) -The Holocaust was an act of mass-destruction and loss of life. A mass murder of Jewish people occurred throughout 1941-1945 under the Nazi regime.

-Anti-Semitism was an attitude or policy of hatred and hostility toward Jewish people. It was an intense dislike for and prejudice against Jewish people.

2) -Hitler saw socialism as part of a Jewish conspiracy.

-In 1933, the Jewish population of Europe stood at over nine million. Most European Jews lived in countries that Nazi Germany would occupy or influence during World War II. By 1945, the Germans and their collaborators killed nearly two out of every three European Jews as part of the “Final Solution,” the Nazi policy to murder the Jews of Europe.

-Hitler, therefore redefined socialism by placing the word ‘National’ before it. He claimed he was only in favour of equality for those who had “German blood”. Jews and other “aliens” would lose their rights of citizenship, and immigration of non-Germans should be brought to an end. 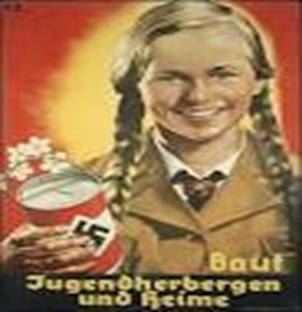 3)    -This was Hitler’s propaganda.  He used this to turn German people against the Jewish.  This one in particular was to  show how the ‘Aryan’ race should look like.

4) “Certainly we don’t have to discuss these matters with the Jews, the most modern inventors of this cultural perfume. Their whole existence is an embodied protest against the aesthetics of the Lord’s image.” 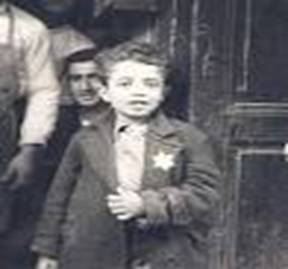 5) The largest ghetto in Poland was the Warsaw ghetto, where over 400,000 Jews were crowded into an area of 1.3 square miles. Life in the ghetto started off tough and quickly got worse. At first some semblance of normal life presided: cafes were still open, newspapers published (newspapers from ‘the outside’ were forbidden), school lessons took place and people strived to continual a normal existence as best as they could. Those who had managed to hold on to any of their wealth in particular were able to live in a small degree of comfort. Smuggling food into the ghetto was common, either by bribing guards at the gates, or carrying it in via underground canals – whilst poorer people would send their children over to the ‘Aryan side’ to steal what they could.

6) Jews were sent to Concentration camps after the left the Ghetto’s. The biggest Camp was Auschwitz.